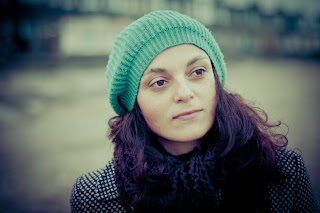 Monica’s interest is to connect both with place and with the creativity of the viewer/participator involved in her performances. She develops her work in different site-specific settings and her style refers to Third Theatre approach. Through performance she aims to bring to light the connection between a contingent and intimate experience with a universal and timeless dramaturgy. Monica has been trained independently in Contemporary Dance (Damiano Molinary), Dance Improvisation (Merav Israel, Martin Keogh) , Physical Theatre (ODIN Teatret), Dance Theatre (Julie Stanzack Wuppertal Tanzteater of Pina Baush), Dance of Orixias (Augusto Omolù), Intercultural Theatre Practice (TEATRO POTLACH ISTA – International School of Theatre Anthropology),  Gambuh Theatre - Balinese traditional Dance Theatre practice (I Wayan Bawa). She studied Environmental Science (PhD in plants Biomechanics) and she has Professional Development Award in Arts Education in Practice (Children in Scotland and Scottish Arts Council).


Based in Edinburgh she is founder, company dancer and outreach developer in LaNua dance company. She participates in different community performing art projects in UK and abroad (Italy, France, Singapore, Bali, Australia).


She is also part of Breton puppet theatre company Théâtre de la Camelote and has a fascination in working with the Contemporary Marionette - it allows the emergence of singular and perceptible poetic universes.


“When I perform I dance from within the body. To dance is to think, to sense, to communicate through movements involving the whole body-mind, the memory and the life inside us”.


HamletZar project. Project funded by British Arts Council and developed in collaboration with ODIN teatret in Danmark, Dance Base in Edinburgh, Barbican in London.

2010 onward Our space our dance. Dance-Theatre project with Primary Schools and Community centres in Edinburgh

01/2009 – 03/2009 “what do you like to dance?” Project. Dance workshops for teenagers in Craigmillar in collaboration with Craigmillar Community Arts, Edinburgh

1998 – 2002 Assistant at “la Briciola” a project for social inclusion, rehabilitation and personal development of children and youth with disabilities, Italy.

mORE iNFO AboUT mE